This from Congressman Wexler our one and only ally:

Many thousands of you have asked to learn more about my position on the Iraq war and related funding. As you may know, a few weeks ago I voted again to deny funding without a timetable.

I am bothered by the recent movement to repackage the Surge as a success. Today, I released an editorial (below and also published on the Daily Kos) regarding my view of the Surge's so-called "success." If you have a moment, please read it when you get a chance.

Thank you again for your support.
Congressman Robert Wexler

A Surge of More Lies
by Congressman Robert Wexler

A new troubling myth has taken hold in Washington and it is critical that the record is set straight. According to the mainstream media, Republicans, and unfortunately even some Democrats, the President's surge in Iraq has been a resounding success. In fact, nothing could be further from the truth.

This assertion is disingenuous, factually incorrect, and negatively impacts America's national security. The Surge had a clear and defined objective - to create stability and security - enabling the Iraqi government to enact lasting political solutions and foster genuine reconciliation and cooperation between Sunnis, Shias, and Kurds.

This has not happened.

There has been negligible political progress in Iraq, and we are no closer to solving the complex problems - including a power sharing government, oil revenue agreement and new constitution - than we were before the Administration upped the ante and sent 30,000 more troops to Iraq.

Too many Democrats in Congress are again surrendering to General Petraeus and have failed to challenge the Bush Administration's claims that the surge has been successful. In fact -- it is just the opposite.

The reduction in violence in Iraq has exposed the continuing failure of Iraqi officials to solve their substantial political rifts. By President Bush's own stated goal of political progress, the Surge has failed.

Of course raising troop levels has increased security - a strategy the Bush administration ignored when presented by General Shinseki before the war in Iraq began - but the fundamental internal Iraqi problems remain and the factors that were accelerating the civil war in 2007 have simply been put on hold.

The military progress is a testament to the patience and dedication of our brave troops - even in the face of 15 month-long deployments followed by insufficient Veteran's health services when they return home. They have performed brilliantly - despite the insult of having President Bush recently veto a military spending bill that enhanced funding and benefits, and increased care.

Despite the efforts of American soldiers, the surge alone cannot bring about the political solutions needed to end centuries of sectarian divide.

As it stands, little on the ground supports the assertion that Iraqis are ready to stand up and govern themselves. Too few Iraqi troops are trained, equipped and combat ready, and they cannot yet provide adequate security. Loyalty is also an issue in the Iraqi army as Al Queda and Sunni insurgents infliltrate their defense forces. The consequences turned deadly just recently when an Iraqi soldier purposely killed two U.S. troops.

On the streets of Baghdad and Mosul, the Sunni and Shia factions have paused their fighting, awaiting guarantees and protections that have not yet been delivered. As Iraqi refugees return, there is no mechanism to help them rebuild their lives, nor recover their now-occupied homes. Neighborhoods once mixed are now segregated.

In Northern Iraq, Kurdish terrorists conducting nefarious operations across the border into Turkey have compelled our NATO ally to strike at bases, inflaming tensions between Baghdad and Ankara.

The surge is working? We suffered more U.S. casualties in 2007 than in any other year of the war. We can't afford any more of this type of success.

How can we create the situation that is most likely to deliver political progress in Iraq? Not by continuing the surge and occupation. Our best chance (there is no guarantee) is by putting real pressure on the Iraqi government to force action. Telling the national and local Iraqi leaders that we are withdrawing our troops can help accomplish this goal. Today, the majority Iraqi Shia government led by Prime Minister Nouri al-Maliki has little incentive to act when American troops remain in the country to provide security and stability.

Based on the Administration's plan, John McCain's proposal of a 100-year US occupation could be a reality!

The Democratic Congress must act aggressively to first cut off funding for the surge and then the entire war. Many of my colleagues avoided a showdown with the administration because they mistakenly believed such a fight would endanger the safety of the troops.

In fact, we must accept that every soldier killed or injured in the coming months should have already been home. Every billion dollars of war-appropriations we spend from here on should have been spent on genuine priorities here at home such as children's heath care.

Enough is enough: While the Administration over-commits American forces in Iraq, we see Al Qaeda-regrouping and Osama Bin Laden still at large. We remain seriously bogged down in Afghanistan, and are witnessing a crisis in Pakistan that has left a nuclear country on the brink of a meltdown. America's resources and attention are desperately needed elsewhere and our soldiers must no longer be needlessly sacrificed as we wait for Iraqis to stand up.
The Surge has failed. If my colleagues gullibly accept the moving rationale for the Surge, just as so many have for the war itself, we will have failed as well.
xxx
All this and impeachment too. Day-ummm, I wish I could vote for this guy!

There hasn't been much truth coming out of Iraq...heck, I'm not sure if any truth has come out. A crying shame. I'm glad Robert Wexler is doing what he can to get the info out. He's a real patriot.

hi Mary Ellen--
I got a letter from Ted Kennedy's office last night asking for money to put toward getting more dems into congress. I wrote a nasty letter back -- will be posting it later -- telling whatever flunky opens it that they'll get my money when they do right by the people who hired em.

meanwhile, I'm sending as much as I can afford to Wexler altho he's not in my district.
my representative is a rethug and my dem senator told me a week or so ago that impeachment is just too inconvenient to pursue.

hell, it's worked so well for them for 7 years.

my dem senator told me a week or so ago that impeachment is just too inconvenient to pursue.

Is your Senator a blond woman, kinda young with long hair? I seem to remember hearing her when she was interviewed on Ed Schultz's show a while back and that's what she said then. She said "the voters didn't want them to waste their time on impeachment". If she's the same one, Ed really lit into her and said that wasn't true. She just shrugged him off and said she knows her constituents better than he does or some other lame remark. I'm pretty sure they said she was from Florida.

Good for you for telling them where to go...they don't deserve another penny, afaik.

When the media talks about the splurge they still fail to mention that Muqtada al-Sadr's Mahdi Army is still on stand down.

Also, Petraeus has cut back on troop movements from base to base thus making them less of a target.

It's funny though...if the surge worked and all is fine in iraq then bring the troops home. At least cut troop levels by half.

two crows
He sent me this too and I was going to post it but too much else was going on. You know they are lying through their teeth but the vast majority is believing the lies. Another 6 or so Americans got killed today in a booby trapped house.

hi, Mary Ellen--
no, my dem senator is Bill Nelson.
so, apparently, this is the propaganda many of them have adopted and are trying to sell any way they can.

hey, Poli--
so, Petraeus is also disseminating the propaganda of the surge. no surprise there. but, what is his game, I wonder?

I saw SO many parallels with what's happening here [tho on a smaller scale -- at least so far] it's terrifying.
I just hope Bush and Cheney weren't watching tv today. I don't want Cheney getting ideas.

Bravo! Great! Thanks for posting this.

I love what you did with that Ted Kennedy letter BTW!!

TC, the surge is such a success that US aircraft wiped out an entire neighborhood on the outskirts of Baghdad yesterday. That's success? :-(

hey, TC--
by Bush and Betrayus' standards, I guess so.

today on NPR I heard Bush addressing the troops in the middle east. their responses were priceless! mainly of the 'if attending this rally wasn't mandatory I wouldn't be here.' and 'I coulda been sleeping.' variety.

when the praetorian guards deserted the emperors of Rome, they usually didn't have long to wait before assassination occurred. Bush had better watch out. . . . 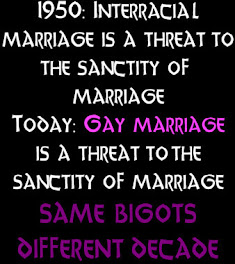 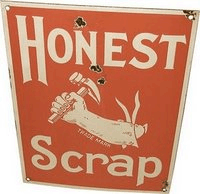 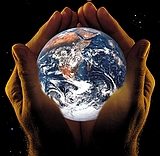 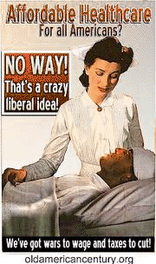 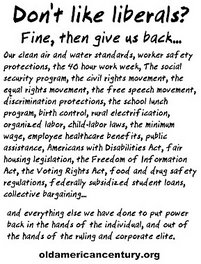 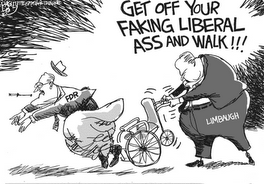 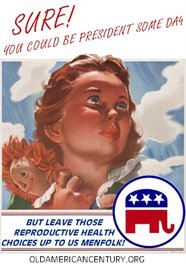 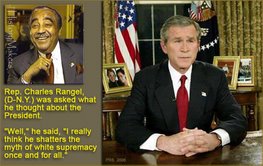 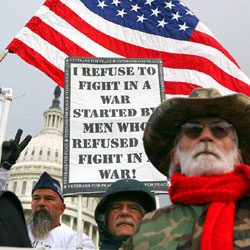 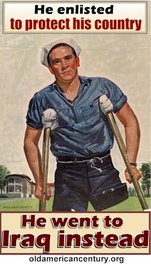 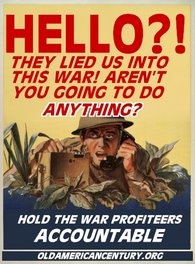 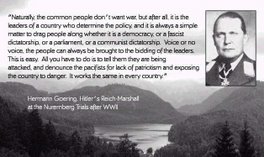 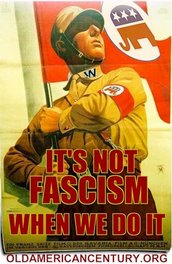 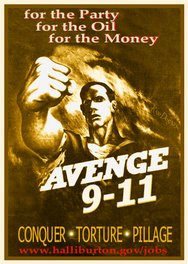 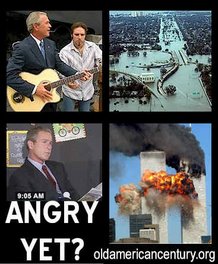